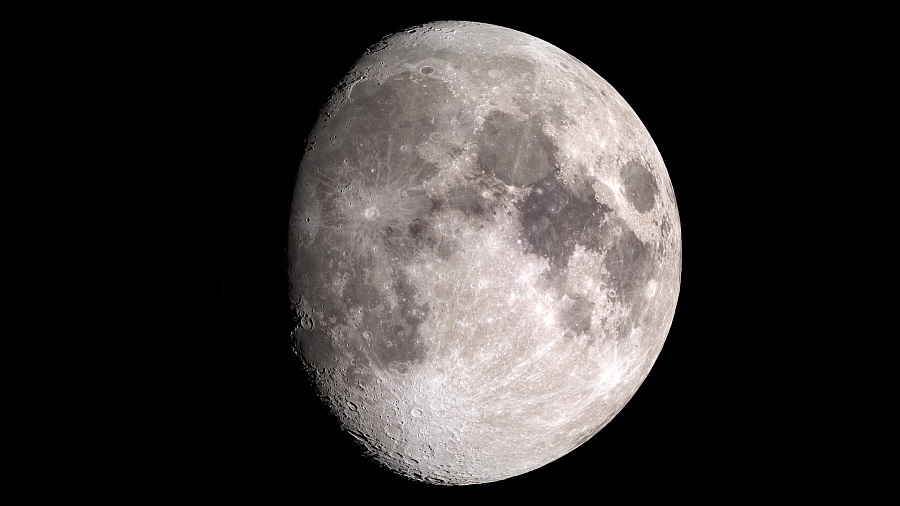 The Moon is Earth’s next-door neighbor in space. Moon rocks are distinctly different from Earth rocks, and this difference suggests that the Moon was once hotter than the Earth has ever been and emphasizes that the Moon has no air and no water. The oldest rocks found on the Moon are 4.6 billion years old. The oldest rock yet discovered on Earth dates from only 3.8 billion years ago.

Moon soil is not at all like Earth soil. It is made entirely from finely pulverized rock – the dust from meteoroid crashes. Moon soil has no water, decaying plant material or life but it does contain some beautiful and unusual glass beads. Emerald green and orange-red and shaped like jewels and teardrops, they are made when a meteoroid impact sprays liquid rock in every direction. As the droplets of rock solidify, they turn glassy.

It was once feared that if a spacecraft landed on the Moon, it would rapidly sink without trace into the deep dust layers. However, the lunar soil well packed into a reasonably firm surface. The main hazard of Moon travel is finding a smooth place to land. At close quarters, the surface looks much like a bomb site with small craters everywhere.

Geological maps of most of the Moon’s surface are now available, a possibility undreamed of before about 1960. Samples mainly from the Apollo space program, have been sent to laboratories throughout the world for very detailed examination. Astronauts left scientific apparatus on the Moon, including sensors that have detected numerous ‘moonquakes’ as well as the impact of meteoroids, some spacecraft and human-made debris slamming into the Moon’s surface. Several small reflectors, like those on a car or bicycle, were placed on the Moon. Scientists can now measure the Moon’s distance to within an inch or so by aiming a powerful laser beam at these reflectors and timing the beam’s round trip from Earth to Moon and back again. On average, this distance is 385,000 kilometers or 240,000 miles.

On the surface of the Moon, a man weighs only one-sixth of his Earth weight. This is because the Moon’s mass is a mere one-eightieth of the Earth’s, so the gravitational pull is considerably smaller. The Moon’s gravitational pull has the important effect of creating ocean tides on Earth. The water surrounding the solid Earth distorted into the shape of a squashed ball under the influence of the Moon’s attraction. As the Earth spins on its axis, the bulges in the water seem to sweep around the Earth, causing two tides each day in most places. The Sun, too, influences the tides and the highest tides formed when the Moon and the Sun are both pulling from the same direction.